The mysterious job of a Documentation Satellite

Working at home due to COVID-19 has its upsides and downsides. During the first days of the lockdown, my roomie and I thought that it was an opportunity to get to understand each other’s jobs better. My role at OMP had always puzzled her, so she decided to interrogate me during our daily walk. And I tried to explain.

Am I a satellite or a bridge builder?

My goodness, that was a challenge! My LinkedIn profile says I’m a Training and Documentation Consultant but that’s just my job title, it doesn’t describe my role. In the house, I’m often called a Documentation Satellite, but I’ve always found that a rather strange metaphor. A satellite is an object circulating around the earth, isn’t it? That’s not me. On the contrary, we Satellites are in the middle of the action, building bridges between the OMP product competence centers and the central training and documentation team. 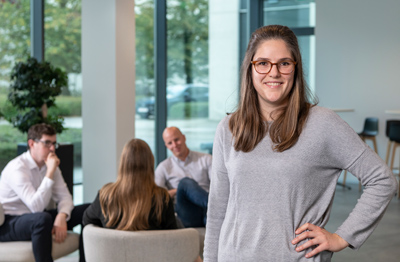 Why is this job so important? Well, over the years our OMP competence centers have built up valuable expertise in how to address generic or industry-specific supply chain planning challenges. This competence and expertise is continuously being expanded and enriched as the industries evolve and the solutions get better and more sophisticated. But it’s important that all our colleagues get an in-depth understanding of the solutions being developed in the competence centers.

Disseminate the knowledge across OMP

That’s where my colleagues and I from the Satellites team come in. We build up expertise within a specific competence center and make sure we share this knowledge within the team and among our other OMP colleagues. In short, we write manuals, develop training programs, train people, and give demos. I myself am a Satellite for the OMP for Chemicals and OMP for Life Sciences competence centers.

“So, you’re a chemicals and life sciences expert?” my roomie cried out in disbelief. “Trying,” I said with a wink. For sure, I enjoy learning a lot about these industries and contribute to helping them to be more efficient, sustainable and profitable.

Want to become a Documentation Satellite just like me? Learn more on our career site.

Focusing on OMP for Chemicals and OMP for Life Sciences, Barbara’s natural habitat is sharing knowledge with colleagues. Anything to do with corporate learning already makes her heart beat faster, but in her spare time she’s addicted to sport and consumed by wanderlust.

How happy numbers can spice up a programmer’s job interview

An educational “why” experience

Model the cause, not the effect

Read blog
We use cookies to ensure that we give you the best experience on our website.
Reject I agree